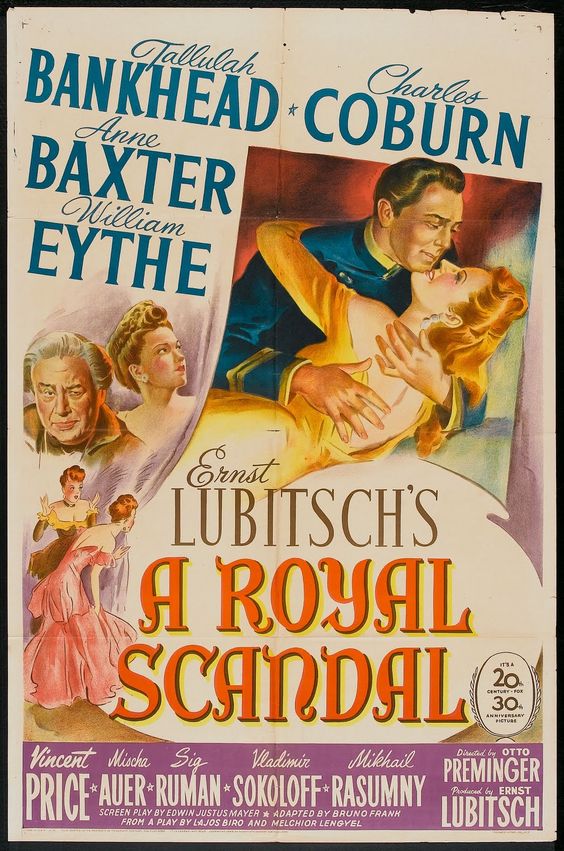 In 1945, Vincent Price got the chance to work with one of Hollywood’s cinematic giants, Ernst Lubitsch, in the screwball comedy, A Royal Scandal (aka Czarina), which was based on the play Die Zarin (The Czarina) by Lajos Bíró and Melchior Lengyel, and a remake of the director’s silent film Forbidden Paradise. A heart attack, however, forced Lubitsch to the sidelines while Otto Preminger (who had successfully taken the helm of Laura the previous year) stepped into the breach. Following its US premiere on 26 March 1945, the film went out on general release on 11 April, one day before the death from a stroke of US President Franklin D Roosevelt.

Tallulah Bankhead (fresh from winning a Best Actress New York Film Critics Circle Award for Alfred Hitchcock’s Lifeboat) stars as the infamous bed-hopping Russian Empress Catherine who becomes infatuated with a naive lieutenant Chernov (William Eythe) despite the fact he is engaged to one of her ladies-in-waiting (Anne Baxter). Meanwhile, General Ronsky (Sig Ruman) schemes to dethrone the Czarina, and Chancellor Ilyitch (Charles Coburn), is determined to see to it that nothing disturbs his delicate negotiations for a treaty with France… Cue some lively court intrique… 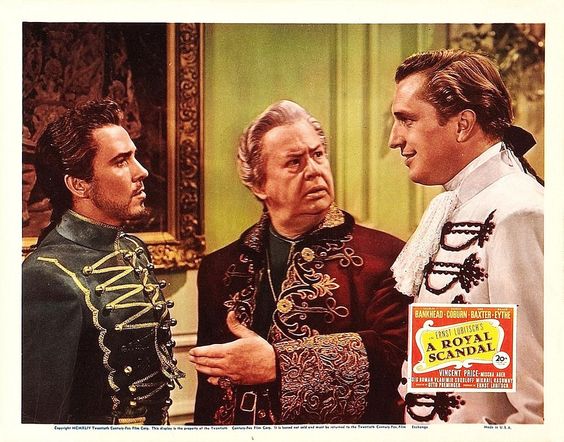 As France’s emissary, the Marquis de Fleury, Price ends up getting little more than a cameo in this lightweight farce which, despite Preminger’s best efforts, fails to capture the famous ‘Lubitsch touch’. Bankhead, however, is a ballsy delight.

Fans of TV’s Batman will be delighted to see some future supervillains in the mix including Egghead (Price), The Black Widow (Bankhead), Zelda the Great and Olga, Queen of the Cossacks (Baxter), as well as Mr Freeze (director Preminger). Now, that must be a record…