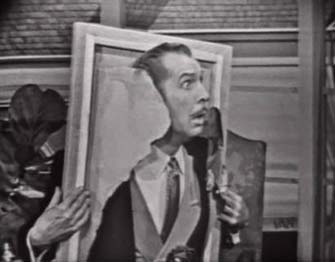 On 15 March 1960, Vincent Price guest starred on The Red Skelton Show in which Skelton’s alter-ego Freddie the Freeloader found an original DaVinci painting in the city dump.

This was the 22nd episode from the 9th season of the popular US sketch-show series. It was directed by Seymour Berns and written by Sherwood Schwarts, Dave O’Brien, Al Schwartz, Jack Lloyd and Red Skelton.