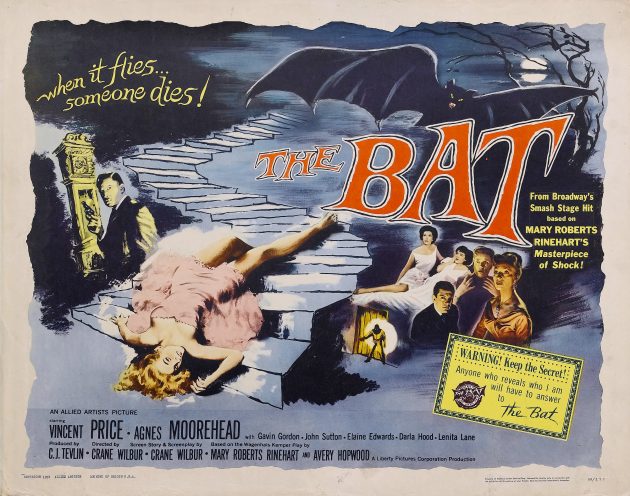 1959’s The Bat is a remake of the hugely-successful 1920 haunted house play (which grossed over US$9million during its two-year run) by Mary Roberts Rinehart, drawn from her 1908 book The Circular Staircase, and Avery Hopwood, which had its US release on 9 August 1959, followed by a double-bill release with Hammer’s The Mummy in suburban theatres on 17 December. The Bat flew into UK cinemas in April 1960 and headed Down Under on 9 June 1961.

When Someone SCREAMS … It Will Be YOU!
Mystery writer Cornelia Van Gorder (Agnes Moorhead) rents a house in a town being terrorised by The Bat, a serial killer who rips people’s throats out with steel claws. When Cornelia’s maid is bitten by a bat, Cornelia has her doctor, Malcolm Wells (Vincent Price), test for rabies. But little does she know that there’s a fortune in stolen bank securities hidden somewhere in her house, and that Wells is now after it having killed the thief.

Following a series of break-ins and murders by The Bat, local detective Andy Anderson (Gavin Gordon) is called in to investigate and uncover the identity of The Bat. So, is it the mysterious doctor or did the butler do it? 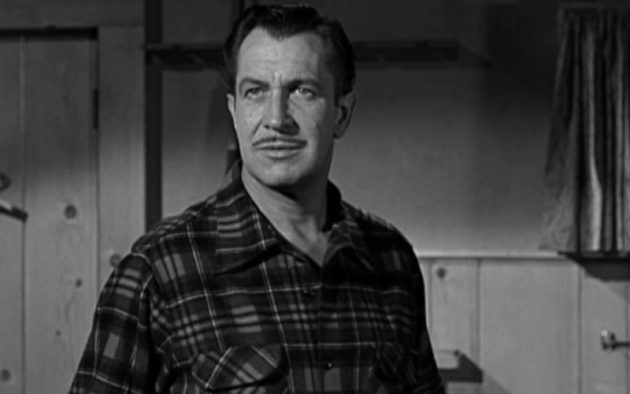 P.S. After seeing ‘The Bat’ 7 out of 8 people will get cold feet tonight!
This 1959 mystery is a musty old-fashioned mystery affair that was filmed three time before: in 1915, 1926 and in 1930; and it doesn’t seem to have been reworked that much for a 1950’s audience despite the attempts of its scenarist-director Crane Wilbur (who had done the screenplays for Price’s House of Wax and The Mad Magician), except for eliminating one of the play’s subplots and upping the body count to seven.

Thankfully, we have Alvino Rey’s crime jazz theme; Agnes Moorehead (who appeared with Price in Errol Flynn’s adventure misfire Adventures of Captain Fabian back in 1951) in sparkling form leading the mystery; and Vincent Price (whose The Big Circus, Return of the Fly and The Tingler all landed in US cinemas in July 1959) making a suave ‘red herring’ murderer in his Dr Wells (called Walker in the novel, Venrees in the 1926 film). Given his status as the master of the macabre, the film-makers wasted no time in exploiting the fact by creating a Bat costume modelled on Price’s blacked-out Henry Jarrod in House of Wax, while publicity stills bear an uncanny resemblance to William Castle’s House on Haunted Hill.

‘The Bat has been all but muffled in this sluggish film version… Vincent Price casts enough furtive glances to register as the ghoul when, indeed, he isn’t…’ VARIETY

‘As an alert mystery-story writer and the tenant of the bat-infested “Oak Hill,” Miss Moorehead speaks with buzz-saw authority and leads a game little cast, including Vincent Price, Gavin Gordon, John Sutton and Lenita Lane, to a brisk showdown.’ NEW YORK TIMES 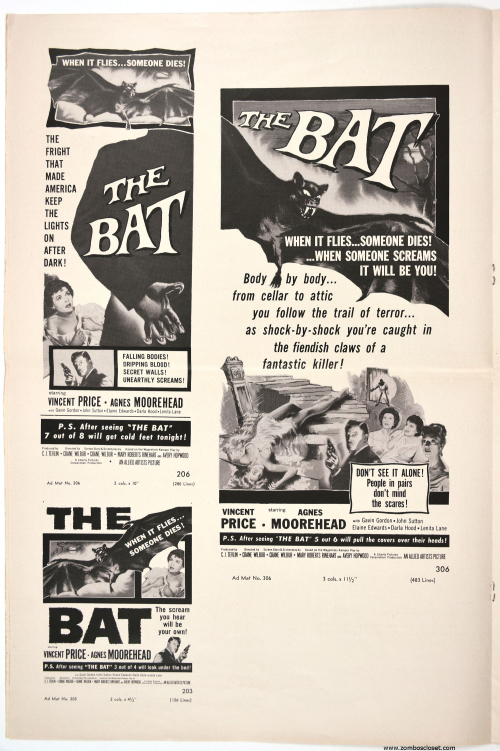 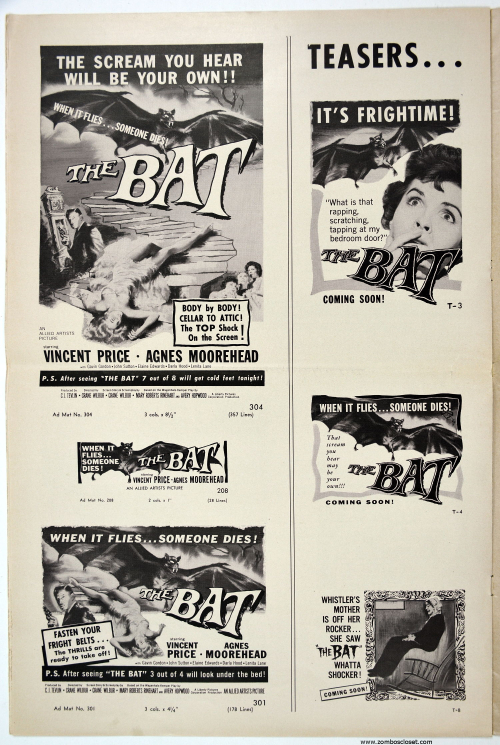