DARLING OF THE DAY
Based on Arnold Bennett’s Buried Alive and his play The Great Adventure.
Also starring Brenda Forbes, Peter Woodthorpe and Teddy Green.
Composed by Jule Styne
Lyrics by EY Harburg

‘…thoroughly delightful. It has charm, tunefulness, humour, imagination, a good book, impeccable taste and a handsome production. Mr Price is convincing and charming as the artist in hiding… a superior musical comedy!’ (Richard Watts, The New York Post) 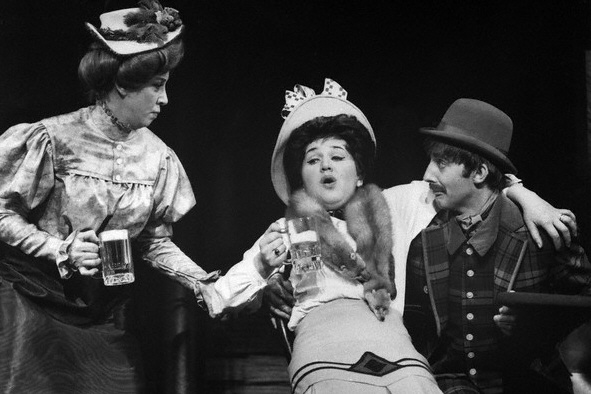 Darling of the Day is set in the England of 1905 – Edwardian and elegant – and it’s the story of a great and painfuly shy painter named Priam Farll (Vincent Price) who is summoned back to England after 20 years as a virtual recluse in the South Seas, to be knighted by his King.

After the death of his butler, Henry Leek, Farll assumes his identity, falls for a young widow called Alice Challice (Patricia Routledge) and they marry and settled in (what was then) lower middle-class Putney.

Life becomes complicated for Priam and Alice when his identity is unveiled and he ends up in court. However, when Farll warns that if there’s a ‘Butler in the Abbey’ the social structure of Britain will be shaken, the judge hastily rules that Leek must remain Leek…

Following Darling of the Day‘s pre-Broadway run, the York Theatre Company show had three previews before its premiere performance at the George Abbott Theatre (152 W. 54th St., New York, NY) on 27 January 1968. Following mixed reviews, the show folded after 31 performances, but it did earn Routledge the 1968 Tony Award for Best Actress in a Musical. 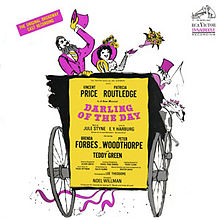 However, thanks to an RCA cast album that was recorded in Webster Hall, New York City, the Broadway musical has been preserved for prosperity, capturing not only Routledge’s award-winning performance, but also Price in his first and only Broadway musical. As such, it is a real treasure to listen to and you can do so below. Please note, this is recorded from my own copy of the album.

SIDE TWO
That Something Extra Special (Routledge) (2:50)

Click on the picture below to view the entire original playbill